Lilian Harry was born and brought up in Gosport, on the shores of Portsmouth Harbour on the south coast of England. Her earliest memory is of being snatched out of bed by her sister at the first ominous wail of the air raid siren, and rushed to the Anderson shelter at the bottom of the garden. It is that memory, together with the others of World War 2 – the searchlights criss-crossing the sky, the roar of exploding bombs, the barrage balloons floating above and the German parachute that landed in the garden – that informs her books with such vivid atmosphere.

Lilian grew up in a 2-up, 2-down terraced house in what she calls a ‘decent working-class’ environment. You could play safely in the streets then, she says, but were definitely not allowed to do so on Sundays when you were put into your best clothes and sent to Sunday School – morning and afternoon. Fathers went off to work early in the morning and came home in the evening, often quite late after several hours of overtime. There wasn’t much money, but mothers stayed at home and spent their mornings washing clothes (by hand), cleaning the house (by hand) and doing the shopping (on foot) in order to cook the family meals (no microwaves or takeaways, apart from the occasional fish and chips!). During the war there was war work to be done in the afternoons – sewing sailors’ collars or other uniforms, working for the WVS or at First Aid posts – and for entertainment perhaps one afternoon a week could be enjoyed at the cinema, or an hour spent listening to the ‘wireless’ or reading the latest library book in the evening. And when you did sit down, you still wouldn’t be idle – there was always sewing, mending or knitting to keep your hands busy.

Lilian Harry had two brothers and a sister, all several years older than herself, and readers of the April Grove stories will see a similarity here to the Budd family. There are resemblances, Lilian admits, but they were really not much more than a ‘trigger’, setting her off on the Budd family stories. April Grove itself and its inhabitants exist only in her imagination and are ‘set down’ in an area somewhere in the north of Portsmouth.

‘Writing about the war has been a journey of discovery,’ she says. ‘Each book has required a different area of research. There’s the general state of the war at any given time, there’s the situation nationally, and then there are the more local conditions. All these have to be kept in mind all the time, so that the stories of the characters – another distinct thread or six – are woven through an authentic background. And on top of all that, I use a different situation for my characters themselves in each book, and that has to be researched as well – for instance, in The Girls They Left Behind I used the Land Army, in Keep Smiling Through I went quite deeply into bomb disposal, and in PS I Love You, the third book in the Corner House trilogy, I told the story of two Lyons’ Corner House Nippies working at a munitions camp in Bedfordshire as well as one who became a ‘lumberjill’ in Shropshire and another who was married to a Bevin Boy in south Wales.

A Girl Called Thursday, is based on the experiences of a VAD – a voluntary naval nurse – at Haslar Hospital, on Portsmouth Harbour, and its sequel A Promise To Keep follows her to Egypt during the battle of El Alamein – making another area of research necessary – and the next book, Under the Apple Tree, looks at the development of the WVS (now the WRVS) and contains some authentic experiences from the plane-spotters who worked on the roof of a large Southsea hotel. ‘Not all my early books are set during World War 2. Love and Laughter, although set partly during the war in Plymouth, also tells the story of people struggling to come to terms with its aftermath, while Wives and Sweethearts is a story of naval wives in Portsmouth and Devon in the 1960s. ’The April Grove saga has been increased with stories of other families in the little street – the Taylors who appear in Under The Apple Tree, and the Hodges’s, with little Sammy as the focus, who went on to have three books of his own (Tuppence to Spend, A Farthing Will Do and A Penny A Day). You will find them cropping up too in the new Burracombe series. ‘However, after writing 15  books about the war, culminating in what I believe to be my best book (Three Little Ships) I felt I had done enough and began to write about Burracombe, a fictional village set somewhere on the western edge of Dartmoor. A whole village full of new characters, with some of the old slipping in, it has been a joy for me to write and I hope for you to read. The eighth book “Weddings in Burracombe” will be published in the Summer of 2013 and I am now working on the ninth, “Celebrations in Burracombe”. And for those many readers who have told me how they love this village and its inhabitants, I hope to write many more.. ‘But I have not forgotten April Grove, and one day, I hope to write a ‘Return to April Grove’ so that we can all enjoy revisiting those tiny terraced houses and the families that live inside them, and learning what their lives were like when the war was finally over and peace came at last.’

Lilian Harry always knew she wanted to be a writer. From the age of 5, when she told an inquirer that she wanted to be ‘an author’ when she grew up, she has always kept this ambition in her mind. ‘’The author bit seems to be coming true,’ she says. ‘I’m not quite sure about the growing-up…’

However, you can’t be an author straight from school, and being good at English in the 50s meant you automatically went into an office – where arithmetic and organisational skills would have been far more useful – and Lilian worked in the Civil Service for some years before marrying and starting a family. She then moved to Devon to be near her sailor husband – who promptly went to sea and stayed there more or less for the rest of their marriage.

Eventually on her own, Lilian and the children moved to the Malvern Hills in the Midlands where she married again. After a spell back in the Civil Service they spent a number of years in Malvern before moving on again to the Lake District, finally returning to Devon where she now lives on the edge of Dartmoor. 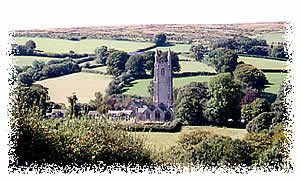 Lilian Harry also writes under her other name of Donna Baker. She has written nine historical novels; two trilogies set on the worlds of glassmaking and carpet-weaving, two; companion novels; set against the backgrounds of iron-mining and paper-making in the Lake District and one set in London during the; little ice age; and bread riots of the 19th century. She has also written a number of contemporary romances and two books on how to write short stories and novels. The historical novels are now being prepared for publication as e-books – see NEWS for more on this – and it is  hoped that the rest will follow in due course.

In her spare time (what spare time???) Lilian Harry/Donna Baker enjoys walking on the moors, skiing in the Alps, reading (of course), gardening (fortunately it’s a very small garden), country dancing, amateur dramatics (she once played the Wolf in Little Red Riding Hood) and church bell ringing, an art she has practised since she was 11 years old. 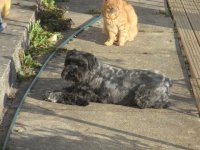