There are two books in the ‘Thursday’ Series. 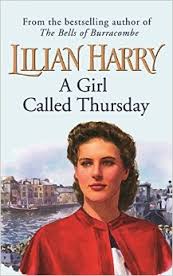 As Mary and Walter Tilford’s daughter Thursday celebrates her 21st birthday, Britain is once again at war with Germany. She volunteers as a Red Cross Voluntary Aid Detachment nurse and the realities of war are soon brought home to her. But out of this nightmare comes lasting love.

When Thursday Tilford returns to Haslar Hospital after two years serving as a VAD in Egypt, she finds many changes. With the town packed with troops waiting to leave for the Normandy beaches, and Haslar on standby for the wounded, Thursday’s thoughts go to the two men who are vying for her heart.