There are five novels in this series of books. 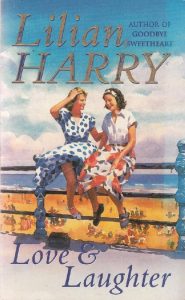 World War II is over at last and the task of rebuilding must begin, not only of buildings, but also of lives. Lucy Pengelly is just one woman whose life has been torn apart by the war. When her husband returns from his POW camp in the Far East, will they be able to rebuild their marriage? 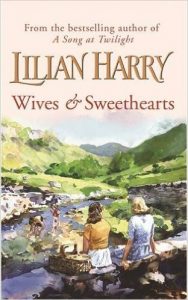 Set in the late 1950s/early 1960s, a novel which follows the fortunes of two girls who marry best friends in the Royal Navy, telling of passion, separation, infidelity, indecision and the hidden strength of marriage. 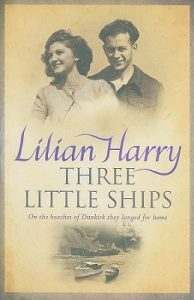 During just nine days in the early summer of 1940, nearly eight hundred ‘Little Ships’, from lifeboats and passenger steamers to small private yachts and dinghies, set off across the English Channel to rescue almost half a million men of the British and French Armies trapped on the beaches of Dunkirk. Among them were three very different crafts – a London fireboat from the docklands of the East End, manned by skipper Ollie Mears and his crew; a small pleasure steamer from the River Dart in Devon, commanded by 21-year-old Robby Endacott, an Able-Seaman in the Royal Navy who grew up on the banks of the Dart; and a small motor yacht owned by Portsmouth solicitor Hubert Rowley and crewed by his son Charles and son-in-law Toby. As each one ferries exhausted men from the beaches to the waiting ships, under incessant fire from enemy aircraft and in a sea that is awash with debris and bodies, the men are unknowingly united by a powerful driving force – the desperate need to find one man who matters more to them than anyone else. Ollie is searching for his son Joe; Robby for his brother Bill; and Toby for his brother Alex. Each of the missing men has a family, a wife or a sweetheart at home who is anxiously waiting for news. One sweetheart in particular is determined to play her own part in the rescue. Charles’ sister Paddy, only 17 years old, is deeply in love with Alex, and begs to be allowed to go too. When permission is refused, she takes matters into her own hands, with startling results. On the beaches of Dunkirk, the three men wait for rescue not knowing if they will ever return home. They can only wait, watch and pray. Lilian Harry’s dramatic novel is full of the warmth and compassion her readers have come to love. 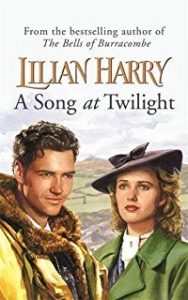 It is 1941 and at quiet Harrowbeer, in Devon, a new airfield has been built. Amongst the squadrons moving in are pilots from Britain, Canada and Poland. The airfield, with its noise and its population, has a massive impact on the peaceful villages nearby – an impact that will affect some inhabitants for the rest of their lives. A SONG AT TWILIGHT tells the story of three such women who will never forget Harrowbeer. Alison Knight, married to pilot Andrew and newly pregnant, comes to be with her husband in the nearby picturesque village of Buckland Monachorum. Renie Wilkins, a WAAF from Portsmouth, is posted to Harrowbeer, first as a parachute packer and then to work in the Operations Room. Even local girl May Prettyjohn finds herself caught up in the life of the RAF, watching the aircraft take off on their dangerous missions over the English Channel and into France and Germany, and waiting – as do both Alison and Renie and all the other men and women of Harrowbeer – for the same number of planes to come back. This, however, is war – and not all the aircraft return. Of the men who catch at these women’s hearts – Andrew Knight, young Ben Hazelwood and the Polish airman Stefan Dabrowski – not all may survive. But throughout all the joys, troubles and anguish of love and war, the work of the airfield will go on. 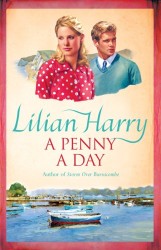 It is December 1952. A wedding is being planned in April Grove, Portsmouth, and Jess and Frank Budd want to bring together all their friends and neighbours, both from April Grove itself and from Bridge End, where the family was evacuated during the Second World War. They even invite Stella Simmons and her sister Maddy, who now live in the Devonshire village of Burracombe. Dan and Ruth Hodges attend, together with Dan’s son Sammy, who immediately falls in love with his childhood playmate Maddy. But Stephen Napier, son of the Squire of Burracombe, proves a strong rival and Maddy is not yet ready to make such a momentous decision about her life. Meanwhile, Ruth’s niece Lizzie and her husband Alec seem to have overcome the problems they encountered when Alec returned from the prisoner-of-war camp which almost broke him. But their happiness is threatened when a face from Lizzie’s past reappears in her life and turns everything upside down.