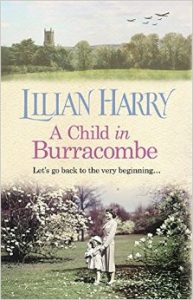 A Child in Burracombe: Maddy, a familiar face in Burracombe, and her sister Stella had a difficult upbringing when the Second World War broke out. Orphaned and separated as a result, the sisters were only reunited later in life, as Maddy (then called Muriel) was evacuated to Burracombe and adopted by an actress there. This is the story of her childhood in the village, separated from her family to grow up in a strange new place, and her journey to Burracombe becoming home. 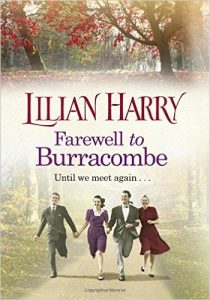 Farewell to Burracombe: The day that Hilary and David have been waiting for has finally arrived and as the church bells ring out for the arrival of the bride, everyone’s fingers are crossed for the day to go without a hitch. The festivities set the tone for the year ahead and there’s more love in the air in Burracombe so planning continues for both Dottie and Joe’s and Frances and James’s nuptials. There’s nothing like a wedding to bring the village together. Times are changing in Burracombe and as young and old embark on new adventures it’s time to say goodbye. But with friends like these, a goodbye is rarely for ever, so instead we’ll say a very fond farewell. 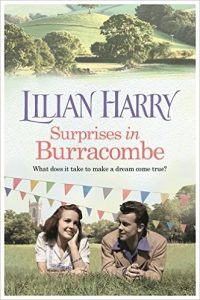 Surprises in Burracombe: Hilary Napier has had enough of secrets. The engagement party at the Barton is finally a chance for her and David to celebrate their good news. But the course of true love never did run smooth.

At the school, Frances and James are readying the children for the play at the annual Summer Fair and doing their best to ignore their feelings for each other. Will the chaos-causing Crocker twins make it to the dress rehearsal? And, more importantly, will Frances find a way to let herself love again?

Amongst all the drama, old friends are always on hand, and when Dottie falls ill, an old face comes back to Burracombe to lift her spirits – and perhaps change her life.

A Burracombe Easter: On Easter day in 1918, as the Great War entered its closing stages, Frances Kemp looked out at the little thatched village in the valley below and promised that, one day, she’d come back. For long before Miss Kemp became headmistress of the village school, when she was just a teenager, she had reason to know and love Burracombe. Sent to stay with family in the village, young Frances treasured her summers there and the friends she made. But as she grows up, she admits that there is someone there who is more than just a friend. Yet just as they realise their childhood bond is deepening into something else, war is declared and life will never be the same again. As Frances watches so many of her friends and family get called away to war, she must struggle to find a way to play her part, a way to get by while her sweetheart is away and a way to think about what lies ahead in a world where every day brings ever more uncertainty. 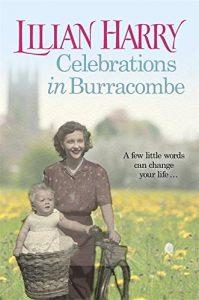 Celebrations in Burracombe: It’s the late 1950s and change is in the air. For the Napier family, up at the big house, the old ways are shifting. Hilary must discover if reaching out for a chance of happiness must mean breaking away from the life expected of her, while Patsy, their young housekeeper’s help, is facing motherhood without her own family around her. Down the hill from the Napiers, villagers young and old are setting out on adventures – Stella and Felix begin married life, change comes to the village school and the Tozer family continue to find surprises in their midst. 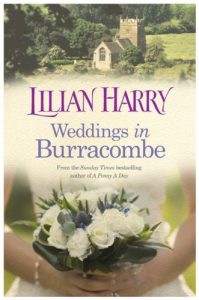 Weddings in Burracombe: It’s been a long, hard winter in Burracombe. At Burracombe Barton, Hilary Napier is doing her best to keep the estate ticking along. Alice Tozer sees her youngest daughter off on the adventure of a lifetime. And all is not well in the village school. As the first crocuses bring colour and the promise of change back to Burracombe, the villagers find ways to help each other through the hardships. And there are two weddings to plan and it won’t be long before everyone in this very special village comes together in a joyful celebration of love, life, and the things that matter most. 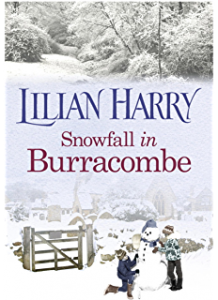 Snowfall in Burracombe: In the village of Burracombe, nothing stays secret for long and behind the peaceful, rural charm, there’s always a scandal to uncover, a newcomer to the village to set tongues wagging, a happy occasion to celebrate or friends to help their neighbours through the tough times. It’s December 1953 and for Stella Simmons, recovering from a car-crash, the winter wedding that she and her sweetheart had planned seems impossible. Elsewhere in the village, Jackie Tozer is dreaming of America and Hilary Napier, who thought the war had robbed her of her chance of happiness, has to ask herself if she could ever imagine leaving her life at the big house for the sake of love and adventure. The darkest time of the year finds everyone asking questions with no easy answer. As snow falls softly on the village, Burracombe proves once again that there’s always a surprise just around the corner. 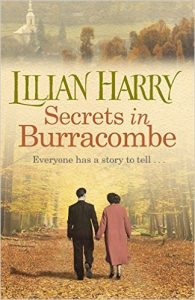 Secrets in Burracombe: Sometimes we all want to get away …and Burracombe is the perfect place to escape to. A seemingly sleepy Devonshire village, in fact it’s full of intrigue and drama. Family secrets, budding romance, cruel twists of fate and amazing friendships all play out against the backdrop of the beautiful countryside. It’s autumn 1953. The village is delighted when Joe Tozer – who left Burracombe as a young man in 1919 – returns to visit his family. His life since emigrating to the States has been a world away from rural Devon – but coming home, he falls in love with the place (and one particular person) all over again. With him, is his eldest son, Russell. He sets hearts fluttering in the village – but will there be anyone on his arm when he catches the boat back to America? In her latest Burracombe novel, Lilian Harry takes her readers on another wonderful journey through the lives of characters old and new – all of which feel like friends by the novel’s end. 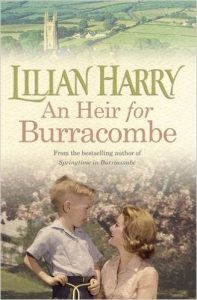 An Heir for Burracombe: t’s a summer’s day in 1953 that turns Hilary Napier’s life upside-down. When Marianne, a beautiful French woman, knocks on her door, Hilary can’t help but be struck by Robert, the young boy with her. He has the same eyes as the brother she lost in the war. As she listens to Marianne’s sad tale, she realises her soldier-brother lives on the in the son he never met. But this is only the first revelation…As the village of Burracombe tries to make sense of the strangers in their midst, there is also much to celebrate. A wedding is being planned, a birth is imminent and a courtship just beginning. Yet as always, life is complicated and some people must learn cruel truths about the world. Hilary has her friends to turn to as she tries to find out the facts about her brother’s past. But it’s her future she worries about – now there’s a new Napier in the village, and if Robert is the heir to Burracombe, where does that leave Hilary? And is this young boy ready for all that it means? Lilian Harry takes her readers on another wonderful journey through the lives of characters old and new – all of which feel like friends by the novel’s end. 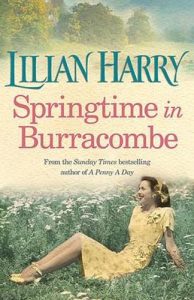 Springtime in Burracombe: The village of Burracombe is looking forward to the Coronation of Queen Elizabeth the Second, but the year of 1953 is to prove one of heartbreak as well as celebration. While Stella Simmons begins to plan her wedding to Felix Copley, her sister Maddy is only just coming to terms with the loss of her own fiance; Val and Luke Ferris are wondering if they will ever become parents, and Hilary Napier’s chances of marriage seem first to come closer, then to recede. The Tozer family too face anxiety, as grandmother Minnie fights for her life, Tom and Joanna’s premature twins battle with their own crisis and Jackie, working and living in Plymouth, is determined to live her own life. Meanwhile, the life of the village goes on, with all its ups and downs, its feuds and differences as bossy Joyce Warren tries to organise everything and everyone, Miss Kemp and Stella plan yet another event for the school, Jacob Prout strives to keep Burracombe looking its best for the festivities and, in the midst of it all, romance comes from a quite unexpected direction. 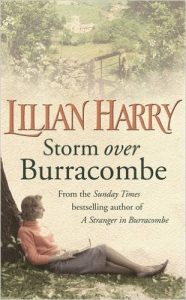 Storm over Burracombe: There’s trouble afoot in Burracombe! Hilary Napier is upset and angry when her father brings in a new manager for the family estate which she has been running for the past year. Even though she cannot help liking Travis Kellaway, she resents his presence. But before long, she begins to appreciate Travis’s strength and compassion, and she finds herself drawn to him.
Meanwhile, life in the village is enlivened by the new drama club, formed by energetic young curate Felix Copley. Almost the entire village becomes involved in the pantomime he decides to organise – with results they didn’t quite plan for! Then tragedy strikes, making everyone realise exactly what is important in their lives… 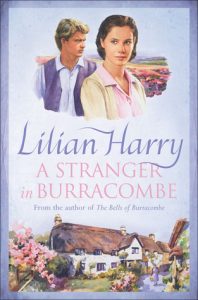 A Stranger in Burracombe: Like the rest of the nation, Burracombe is shocked when King George the Sixth dies suddenly in February 1952. But in the midst of their grief, the arrival of a stranger in the village on the very same day goes almost unnoticed. As they move into a new Elizabethan era, the villagers have their own concerns – farmer’s daughter Val Tozer needs to find a home before she can marry her sweetheart; Hilary Napier is struggling to come to terms with her new responsibilities, and Stella Simmons is still getting to know the sister she thought she had lost. Old enemies Jacob Prout and Jed Fisher carry on their lifelong feud; Joyce Warren and Constance Bellamy clash yet again and sadness touches at least one of the cottages, while at the village school the children are as lively, as inquisitive and as comical as ever. Jennifer Tucker is searching for a family she hadn’t even realised existed. To help her, she enlists the aid of Basil Harvey, the vicar, and gradually, as the village becomes involved in her search, more than one person is led to question their own ideas about families and what they mean. 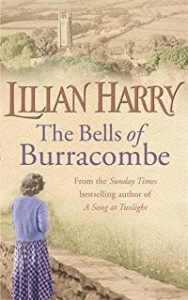 The Bells of Burracombe: When Stella Simmons comes to the Devonshire village of Burracombe to start her teaching career, she is alone in the world. Orphaned as child and brought up in a children’s home, she was separated from her sister Muriel and has never been able to trace her. Stella is soon caught up in the life of the village, and especially in the plans for celebrating the Festival of Britain. As headmistress Miss Kemp and vicar Basil Harvey try to keep the peace between villagers who all have their own ideas for the proposed pageant and fair, Stella tries, with the help of artist Luke Ferris, to find her sister. But Luke has his own troubles… THE BELLS OF BURRACOMBE begins the story of life in a Devonshire village in the 1950s and shows us a picture of Britain coming to terms with the aftermath of the Second World War and entering a new decade.